Page under construction! 7/21/2020 The goal of this page is to demistify the research that the lab is conducting, and make our work accessible to those interested. 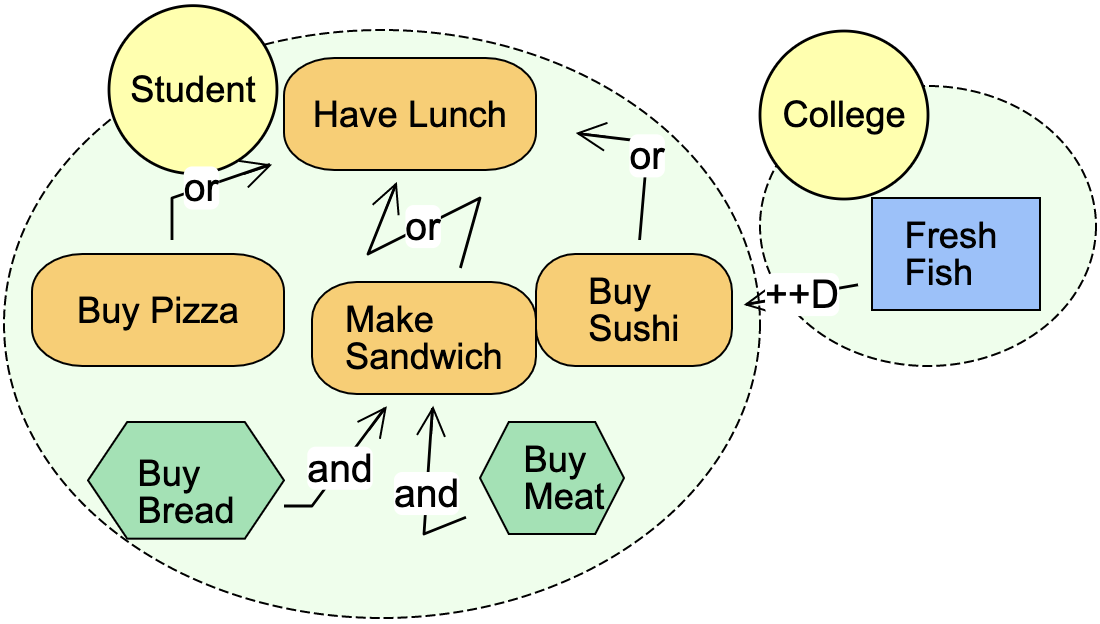 Goal Models are diagrams like the one shown above that are used to understand the goals and evoloutions of goals of stakeholders.

Intentions are the nodes or elements in a goal model such as Have Lunch in the example. There are four types of intentions in TROPOS (the modeling language we use), goals, soft goals(not shown), tasks, and resources.

Links connect intentions to show relationships. The labels on the link between two intentions can change the relationship. For example a ++ link indicates that in order for one intention to be satisfied, it is essential that the other one is.

Actors are used to group together a network of intentions. In the above example Student and College are actors

Functions can be assinged to intentions to dictate how its evidence pairs evolve over time after a single path has been simulated.